In four days I head off for two weeks of field work in the Yukon.  I’ve written about this stunning place before, and my student Crystal also posted about the upcoming adventure.  Our time will be spent doing some final collections as part of the Northern Biodiversity Program, and I will also be hunting pseudoscorpions.

Although I have a fondness for harvestmen and spiders, pseudoscropions are truly fascinating,  and the most curious of the Arachnids.  They are small arachnids ( most are < 5 mm in length) that resemble scorpions, minus the ‘tail’.  They are found around the world (except Antarctica), and although only a few thousand described species, globally, they are morphologically diverse, and beautiful.  Pseudoscorpions are predators of other small invertebrates, and they typically live within leaf-little, soil, tundra or other substrates on the ground.  They are also phoretic, and sometimes found hanging onto the legs or bodies of other insects.   To learn all about the biology of pseudoscorpions, I recommend reading  Weygoldt’s book. 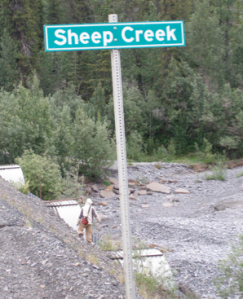 I have a longstanding interest in Pseudoscopions from Canada, and keen to obtain more records to increase the distribution notes for Canada’s fauna.  My trip to the Yukon next week will include searching for a fascinating species: Wyochernes asiaticus.    In North America, this species was described as W. arcticus by William Muchmore in 1990, and is considered the most northern pseudoscorpion on this continent.  Muchmore’s paper was based on 6 specimens collected under rocks beside Sheep Creek, Yukon.  When I was in the Yukon in 2008, I went to Sheep Creek, looked under rocks beside the creek and there were hundreds of specimens to be found: 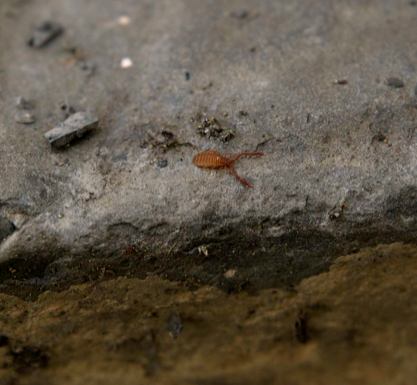 Later, Muchmore determined that W. arcticus is the same as a species from Asia (W. asiaticus).   So… those of you that know your glacial history are aware that sections of the Yukon remained unglaciated during the last ice age. Quite a number of taxa have been found in that region of the Yukon whose closest relatives are from Siberia and other parts of Asia. They are relicts of the past, and labeled ‘Beringian’ species because of the Beringian land bridge that used to join North America to Asia.    That tiny pseudoscorpion is a perfect and stunning example of a Beringian species – it is known only from Siberia, Mongolia, possibly Tibet, and from a few localities in the Yukon.

You can probably anticipate my excitement – when I was last in the Yukon almost all the dry creek beds up the Dempster Highway hosted Wyochernes asiaticus.  I am most eager to collect more.  I will be collecting them to test some life-history theories,  verify distribution records, and see just how far north this species can be found.  NOTE:  IF YOU ARE THINKING OF DOING YOUR OWN COLLECTIONS IN ARCTIC REGIONS, INCLUDING THE YUKON, YOU NEED A SCIENTIFIC PERMIT TO DO SO.  You cannot collect in these parts of the world without authorization.  This makes sense-the beauty of the North cannot be taken for granted and needs to be studied with caution:

As you can guess, the Dempster highway is a rather isolated and remote region.  I will not likely be posting again until after my return. Later in July, I do hope to share some more research stories with you…and I can pretty much guarantee there will be discussions about pseudoscorpions!

6 thoughts on “Hunting Pseudoscorpions in the Yukon”