On Tues, 10 January, PhD student Crystal Ernst delivered a talk entitled, “Arctic Arthropod Ecology and the Northern Biodiversity Program”, at the annual general meeting of the Arctic Circle, a group of Arctic researchers and aficionados that meets monthly in Ottawa, Ontario.

The talk provided some background information on the importance of arthropods to biodiversity and in ecological research, and some examples of recent changes in the biodiversity of arthropods in northern Canada were explored. There was a discussion of the history of arthropod collection efforts in the Arctic, including the Northern Insect Survey of the mid-1900s. The presentation finished with an overview of the research being undertaken by the Northern Biodiversity Program and some interesting data coming out of an 8-week study of the beetle fauna in Kugluktuk, Nunavut (part of Crystal’s PhD research).

The 45-minute presentation was very well received by an enthusiastic audience of 50+; many thoughtful questions were asked at the end (and again after the meeting had been formally concluded!). Crystal was grateful for the opportunity to work on her lecturing skills with such a receptive group and has been invited to return with an update at a future meeting! 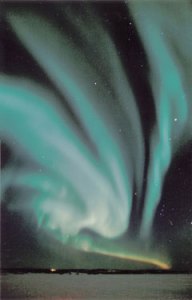