Crystal’s paper focused on taxonomic and functional diversity of beetles across 12 sites in northern Canada, ranging from Labrador to the Yukon Territory, and from the bottom of James Bay all the way up to the tip of Ellesmere Island. This work is result of the Northern Biodiversity Program: a multi-institutional collaborative project about the ecological structure of northern Arthropods.

Crystal Ernst, on the tundra.

The paper was titled “Drivers and Patterns of Ground-Dwelling Beetle Biodiversity across Northern Canada” and in this research Crystal sorted and identified over 9,000 beetles from 464 species, and she classified the species by their functional ecology to assess how functional diversity may vary across the large spatial scale of this project. Instead of re-writing a summary here, I thought to use this blog post as an opportunity to reflect on what I see as the critical findings from this work, and why this is a paper that I’m incredible proud to be a part of. 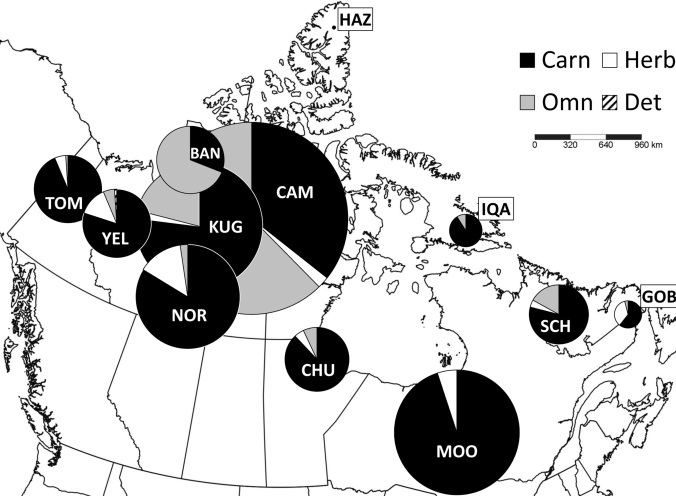 Figure 1 from the paper: Fig 1. Map of the 12 study locations, showing the spatial distribution of functional groups. These were pooled into trophic groups, and the pie charts show the proportion of the total site biomass represented by each trophic group

In sum, this was a terrific project to be involved with, and our lab (and our collaborators) are thrilled that the efforts from the Northern Biodiversity program are showing up in the literature (for more examples, check out this, or this).

One thought on “Beetles from the North”